A Tourist in your own Town

My sister, Cathy and her husband, Pat have been visiting with me during the last week.  Cathy had never been through the Liftlocks even though she grew up in Peterborough so we decided to take a boat cruise.

The Peterborough Liftlock is the world's highest hydraulic lift lock.  It is Lock 21 of the Trent-Severn system and is a large unreinforced concrete structure that was designed to lift boats 65 feet (almost 20 metres).  The lock operates on a balance system.  Water is let into the upper chamber.  Boats going down enter the caisson and boats going up enter the lower caisson.  The pivoting gates are closed and locked. A connecting valve is opened and the heavier chamber automatically descends, forcing the lower chamber up.  There is no external power needed.  The lift lock functions by gravity alone, using the principle of counterweights. 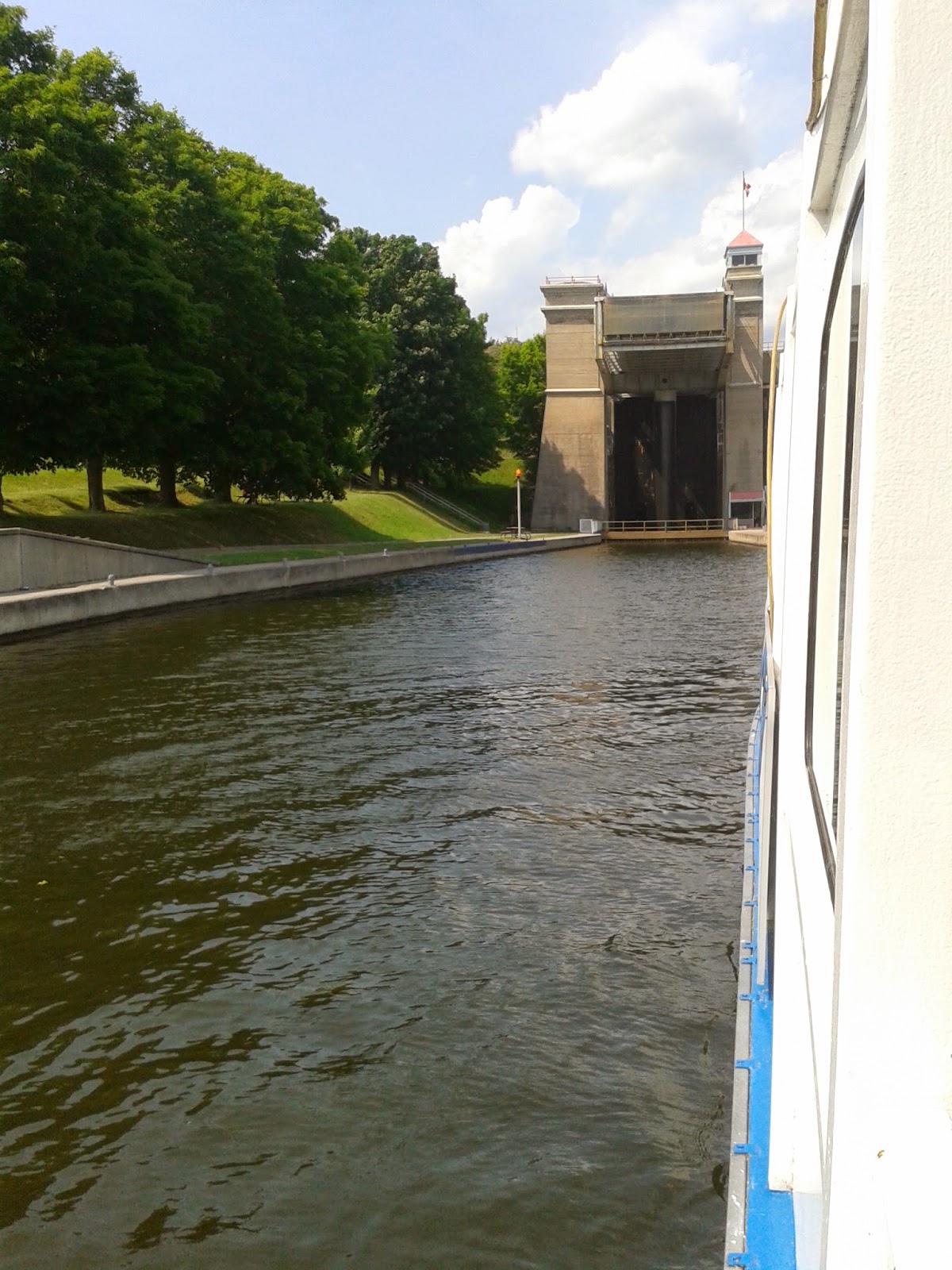 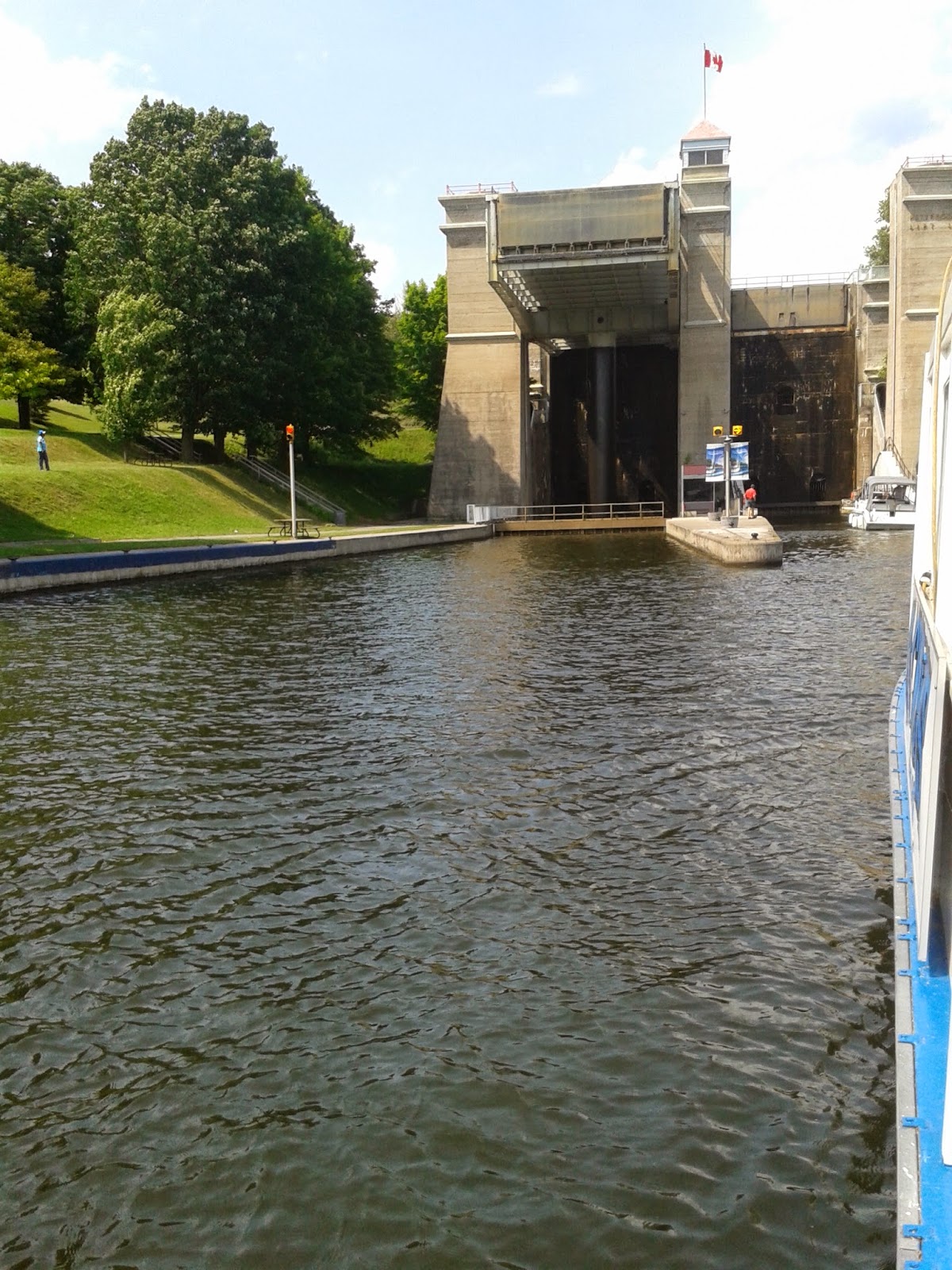 The Peterborough Lift Lock is a designated National Historic Site of Canada and is definitely one of the big tourist attractions of my home town.  It opened on July 9, 1904 and has barely changed since that date. 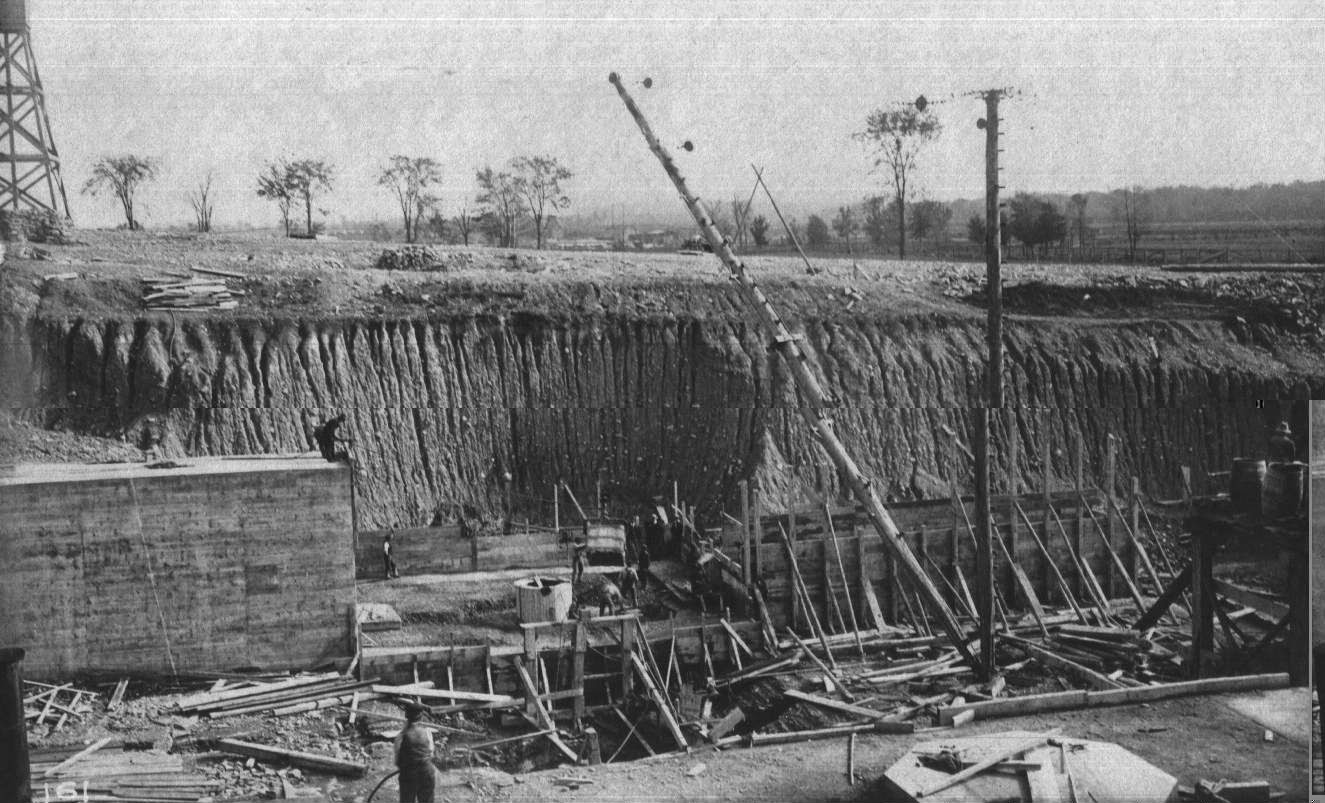 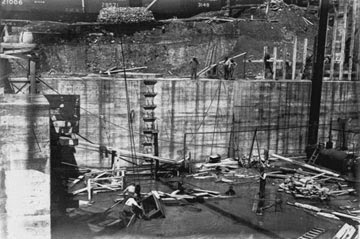 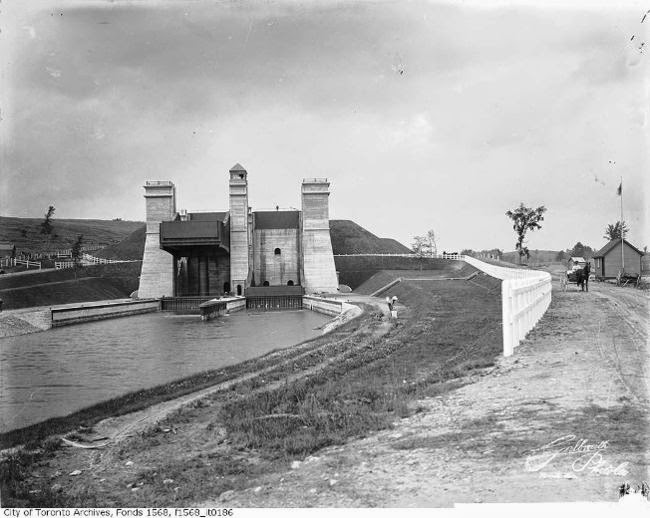 My family has connections to the Lift Lock that go back to the early days of construction.  My nephew, Ian worked summers on the Lift Lock while he was in school. 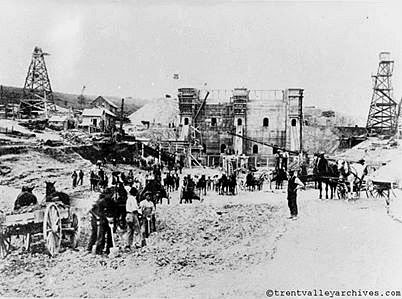 My Grandfather worked with his team of horses digging out the channel that would eventually be flooded to connect the two bodies of water that would be traversed by the liftlock. 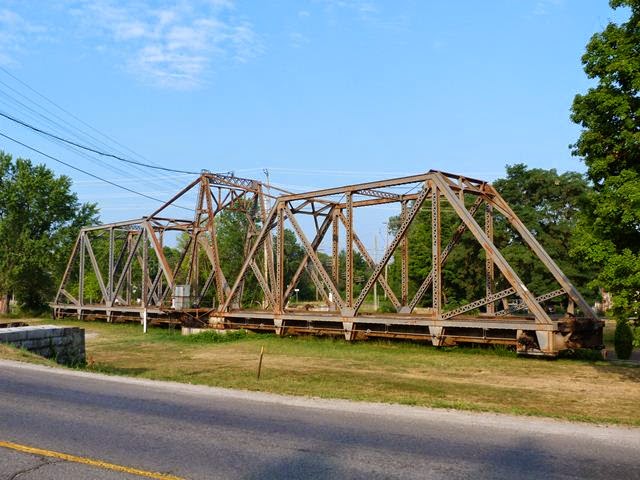 Just before the Liftlocks was a railway swing bridge.  My Great Uncle Matt lived close to the swing bridge and he operated that for many years.  A boat would ring its' bell or blow its' whistle and Matt would open the railway swing bridge to let them through and then close it for the trains running on the line.  We were told on the cruise that a Canadian National Railway employee bids on a contract to operate the swing bridge.  These days, there are more boats going through than trains so the employee comes and closes the bridge when a train scheduled and during the night when most of the trains go through and locks don't operate.

During my childhood, I spent a lot of time with my Aunt Lil and Uncle Mait who lived just a block away along the railway line.  I remember running to my second story bedroom window or along the tracks in the backyard,  making the motion of pulling the whistle lever.  The guys would always sound it a couple of times for me and wave.  I loved it!

I also remember crossing that railway bridge with Uncle Mait when we were walking the dog.  I was terrified.  At the time I was just a slip of a girl and could have easily fallen down between the ties to the river.  So not only did I never learn to swim but grew up with a fear of heights.  Uncle Mait told me I was being silly and Tommy the dog was much smaller but very sure-footed.  You can bet after a few of those walks, I refused to go on any more.  I was never a shy child!

I love having grown up in Peterborough and recognizing how people and places here are woven together to form the tapestry that is my family. 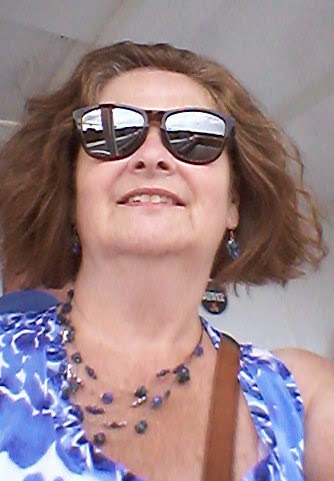 Thanks for leaving a comment. I love hearing from you and getting to know you.

It takes a Village and here they are...